Stephanie Thompson – Not every disability is visible

Stephanie Thompson lives with a non-visible disability, having experienced a traumatic childbirth injury and severe pelvic organ prolapse (POP). Birth trauma can cause significant debility for many women and Steph has had to consider a disabled parking permit as sometimes she cannot even walk 100 metres.  Steph is a published author, advocate and founder of Bravemumma, a platform which supports women to make informed decisions before childbirth and beyond. Her mission is to continue the conversation about pelvic health and childbirth to support the many women with similar experiences of prolapse and other birth related injuries. 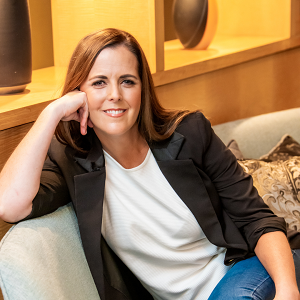 The definition of disability which resonates most with Steph is anything that literally dis-ables you from the life you’ve been previously living, or any type of physical condition that lasts for longer than six months. “And for me there is an additional element in that my disability is dynamic, which means that my needs and abilities change so much depending on the day, the time and the activities I do,” she says. The term, ‘dynamic disability,’ was coined by Brianne Bessen, who says ‘one of the kindest things we can do for people with chronic illness and disability is to believe them.’

However, Steph says it’s one thing to ask for help, and another to receive it, especially with an invisible disability. “I still struggle with asking my Mum or sister to do the things that I should be doing around the house,” says Steph. “I feel bad because I’m sitting on the couch, and I don’t look like there is anything wrong with me. I watch them and feel guilty because they’re doing the things I’m supposed to be doing.”

For Steph, the mornings are her best time of day, where she has about one or two hours of pain-free and upright time, with the prolapse symptoms flaring up as the day goes on and forcing her to stop movement. She says it's important for her to have conversations with people so they can understand why sometimes she can’t attend or participate or must suddenly leave a party or function, which is challenging when you don’t look obviously unwell.

“I have a pain rating scale (from zero to ten), which I use with my husband, so he knows immediately where I’m at,” she says. “If we’re out, say at a family barbecue, and I tell him I’m a five he knows it’s time to wrap things up, find the kids and start saying our goodbyes. If I’m seven, I’m already lying on the couch, and anything higher than that I’m tagging out for the night, and he has to get dinner and put the kids to bed and whatever else needs to be done. He never complains but this is not the life we imagined.”

Steph says one of the constant challenges is having to explain her situation when she looks otherwise well. “We so easily make assumptions, especially based on the way people look and there is a need for all of us to check ourselves before we do so,” says Steph. “Education and awareness can open people’s eyes and get us to look and think in a different way. Having these conversations is so necessary to be able to tackle and reduce the stigma and obstacles in our society.”

The other important point is that having any chronic condition, particularly a disabling one is both mentally and physically wearing. During our interview, Steph is waiting for her daughter a good forty minutes before school finishes for the day. “If I don’t get here early then I’m forced to walk, and that’s the thing with dynamic disability too, that even though I’m in pain and discomfort, because it’s invisible, I have to do it because there is no other option. There’s no support to say maybe I could just drive by and pick her up unless I tell the school about my broken vagina, and I don’t want to do that.  So, like a lot of women, I suffer in silence. And when I get home the kids really pay for it because I’m lying down with my feet up and I can’t do much for or with them.”

Steph says her time requires careful planning to enable her to get through each day, which involves thinking about how to allocate her energy and functionality. “We call it spending our ‘bickies’,” she says. “I mentally have to prepare for every step of every day. I need to know where I am going to spend my ‘bickies’ that day. If we’re going to a family picnic lunch, I won’t attempt to do anything else that morning. I’ll just get dressed, then we’ll go and that’s it for me until the next day.”

Steph is always pondering what she can do to live the best life she possibly can and how she can help others to do the same. “Even with my career, that’s been a massive impact of dynamic disability,” she says. “My previous employer, who I’d been with for twenty years, offered no support, and I also didn’t have the language or the terminology at the time to clearly communicate what I needed. Now I think it would be a very different conversation.”

When Steph returned to work as a teacher after the birth of her child, she requested the classroom closest to the toilet. There was only one and she needed close and frequent access. She was naturally concerned about having to leave her class of young children unsupervised for too long but despite her pleading, another teacher refused to swap. Steph kept working for as long as she could, but eventually had to make a tough decision. “The result was I had to medically retire myself from my career, because there was no choice, no support and no help,” she says.

“Something I realised was that I had lost my voice,” says Steph. “At the age of 31, I was the youngest female primary school principal in Sydney. I’d worked so hard and achieved so much, then by 35 I’d become this timid, shy person who said ‘okay, I’ll stand down,’” she says. “I didn’t have the level of power to be my own advocate. I was very vulnerable and that’s not who I was. I didn’t get this far by shying away from things or giving in.”

It may take time to find the strength in vulnerability and your voice. Firstly, being in a vulnerable space you need to find a way to just function in daily life, then you can move to the next stage where you can say to people ‘this is what I need, and you need to hear what I need.’

Steph intends her future for Bravemumma is to be a human resources (HR) advocate for women with prolapse in the workplace. “They can go through rehabilitation and any adjustments they need to help them function then be supported to transition back to work, because their contribution is of huge value. They can still give a lot to a company or business but maybe they have to sit more often or even lie down from time to time or be close to a toilet, and the space and the understanding for that needs to be provided,” she says.

She gives the example of a woman in her community who began experiencing faecal incontinence with the onset of menopause. “She works as a nurse but can no longer lift people so is also facing medical retirement before her time is up,” says Steph. “I want to be an advocate for people in this situation. This is where I want to come in and point out that she can still do everything else, all the observations, administration, case reports etc. and if someone else can do the lifting, surely there is still a role for her here, surely, we need to be thinking like that.”

“I think we need to be having these discussions with government bodies like the NDIS and Medicare who can provide support to women in this pelvic health space, “she says. “There are zero funding dollars. Any pessary I need to buy, and any physiotherapy has to be self-funded and yes, I’m privileged to be able to do that but there have been times for us when it was hard to find those funds.”

Steph did go through the application process for funding from the NDIS but despite going through this lengthy procedure was rejected. “It turns out they hadn’t assessed me based on my medical records. They just told me that a prolapse could be fixed with Kegel exercises!” she says. “I was dumbfounded by that. Because of the shame and taboo, we’re not talking about it, but at what point are we going to start supporting the mums who are trying to raise the future generations of kids?”

Although Steph has had limited success with numerous treatments for her condition, she remains optimistic that the options will improve and is for now content to take ‘small wins’ along the way. She has been closely following the work of three young engineers in the United States who have developed a new type of pessary, designed to be inserted like a tampon applicator then open like a mushroom once inside. Steph is excited to also be sharing her lived experience as a keynote speaker and hopes to be a presenter at more conferences that address pelvic organ prolapse in the near future as well as working towards a Bravemumma LIVE forum one day.

Steph’s courage and enthusiasm to facilitate change is both inspiring and powerful. After suffering in silence, she has achieved so much, and her motivation, despite her disability, is impressive. She is intent on supporting women at every phase and stage of their lives and has established a podcast community – The Lowdown with Bravemumma – where she talks to health professionals and women with lived experience to help other women navigate the pelvic health space.  As it says on her website ‘Bravemumma is also a community, a mummahood of women lifting each other up and supporting each other to heal.’

Request to join the online free support group for women living with prolapse.

What is Pelvic Organ Prolapse (POP)?

The pelvic organs, which include the bladder, vagina, uterus and bowel, are held in place by the pelvic floor muscles and supporting tissues such as ‘fascia' and 'ligaments'. These help to join the pelvic organs to the bony side walls of the pelvis and keep them in place.

What is a Pessary?

A pessary is a removable device, often made from silicone, which is inserted into the vagina to support the pelvic organs. There are different types of pessaries, depending on the level of support a woman needs, requiring individualised assessment. For more information go to Let’s talk more about pessaries 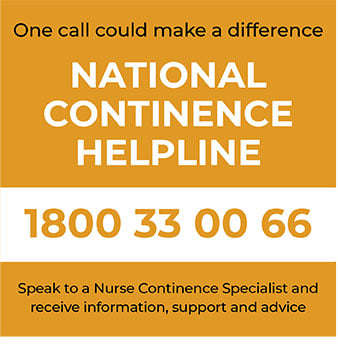