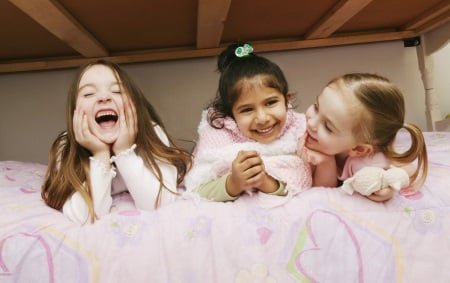 Most children who wet the bed grow out of it as they get older, but a significant proportion will still be affected well into adolescence and adulthood.

Research published earlier this month in BMJ Open reveals that children who had day and night-time wetting accidents when aged between four and nine, had a 23-fold increased risk of still wetting the bed by the age of 14.

This, compared to children who only had night-time wetting accidents in childhood, who had a three-fold increased likelihood of wetting the bed at age 14.

Researchers also found that the children who had daytime accidents only as four-to-nine-year-olds, had a 10-fold increase of daytime wetting at age 14. These children were also more likely to report having hard stools, and delaying going to the toilet.

Researchers at the University of Bristol studied data from 8751 children that had been provided by their parents at various intervals during the ‘90s, when they were aged between four and nine. This data was then compared with information that two thirds of the children (5,899) provided about themselves when they were aged 14.

Lead researcher, Dr Carol Joinson, said it was important incontinence in children was treated earlier rather than later.

“Incontinence gets harder to treat as children grow older. It also becomes more socially unacceptable, which can significantly impact on a person’s quality of life, mental health and ability to hold down a job.

“A ‘wait and see’ approach is not always appropriate and we would encourage parents, teachers and GPs to seek help for affected children.

The data showed that almost two thirds of the children (63%) were able to control their bladder by the ages of four or five.  Another 8.6% gained control when they were older, totalling 72%.

Of the 28% of remaining who never gained bladder control between the ages of four and nine, about 15% experienced bedwetting, 6% daytime wetting and 7% experienced both.