School toilets for a first-timer 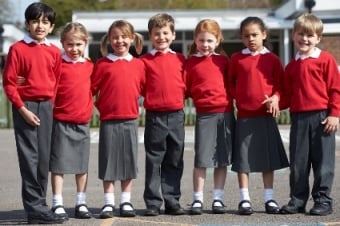 Last week thousands of five-year-olds heaved oversized backpacks onto their tiny bodies and trotted off to school for the first time.

A common concern for parents of first-timers is their ability to negotiate the school toilets. And for some parents, the risk of their child having an “accident” in the classroom or on the way to the toilets is an even greater concern.

In response to the high incidence of urinary incontinence in primary schools, and the real risk of lifelong poor toileting habits starting at school3, the Continence Foundation of Australia developed a dynamic and interactive educational resource, the Toilet Tactics Kit.

More than 1500 Australian primary schools have signed up for the Toilet Tactics Kit, and for the parents of early years pupils at these schools, their anxieties will be allayed.

One of these schools is Currans Hill Public School in Sydney. Principal Lyn Flegg, who had already implemented Toilet Tactics at her previous school, Warwick Farm Public School, is such a strong advocate for the program that she pushed for its introduction at Currans Hill.

Mrs Flegg said the program was introduced to children at Warrick Farm Public School from day one, and was now firmly embedded into the school’s culture.

“It was utilised by classroom teachers, particularly at the start of the year with the little children from kindergarten. Often they are not fully toilet trained, and it becomes the responsibility of the school,” Mrs Flegg said.

She said the program’s strength was that it set up an attitude of normalcy around toileting.

“Just as we help children with reading or literacy, we help with their bodies, their health and their toileting. It’s not a big deal for children and it’s not embarrassing.”

Ms Flegg said the impact on teachers was just as important.

“I noticed an increase in confidence in teachers. The program provided them with the tools to be able to address these sensitive situations, and it definitely gave us strategies to support the increasing needs of parents.”

The Toilet Tactics Kit also includes a check-list for school toilets, which pupils and teachers work through collaboratively to ensure school toilets are safe and inviting, private and well-maintained.

While it is understood there are many causes of incontinence in children, it is also understood that lifelong behaviours and attitudes begin early, which is why children, their parents and teachers are the target of this project.

The Continence Foundation’s project officer Danyel Walker said schools were finding out about the Toilet Tactics Kit through teachers, parents and health professionals who had witnessed the outcomes in other schools.

“Parents can ask their teachers if the school is signed up for Toilet Tactics, and request the school contact the Continence Foundation of Australia if they aren’t.

“Feed-back has been fantastic and comments from schools highlight the user-friendliness of the kit,” Ms Walker said.

The Continence Foundation of Australia welcomes enquiries from parents, teachers and health professionals on 03 9347 2522.