In May 1999, on the night of his 50th birthday, Ray was involved in a serious car accident. He suffered broken ribs and punctured lungs, but his most
severe injury was a ruptured aorta. His best chance at survival was via connection to a heart and lung machine while his aorta was repaired. This meant cutting through the nerves necessary for urinary function, which left him with urge incontinence, that is the urge to urinate suddenly. To manage this, Ray underwent regular surgeries to have Botox injected in his bladder. Now, the condition is managed solely with medication, however Ray still needs to urinate up to three times a night, so may need to contact his urologist for further treatment options. 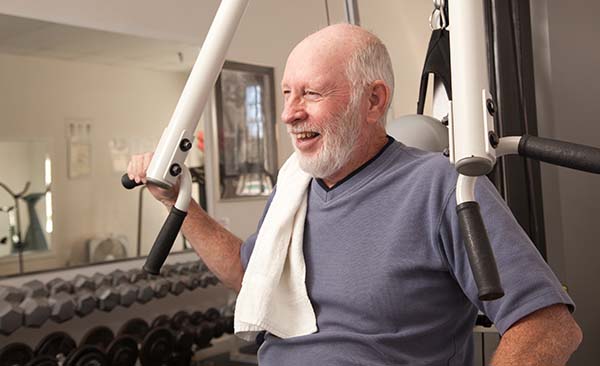 “One learns to reorganise one’s life around the frequency of urine,” says Ray.

For the retiree, one of the benefits of staying at home during COVID was
he was always safely near a toilet. The severity of Ray’s incontinence seems to be cyclical. When he has a flare-up of gout, he manages this by increasing his water intake which leads to increased urinary output. This sometimes means he needs to wear a pad overnight. As part of his management plan, Ray uses the toilet before leaving his house, and upon arrival at his destination orients himself with the location of the toilet. He also exercises regularly and eats a healthy diet, habits which he says make his body feel fitter overall.