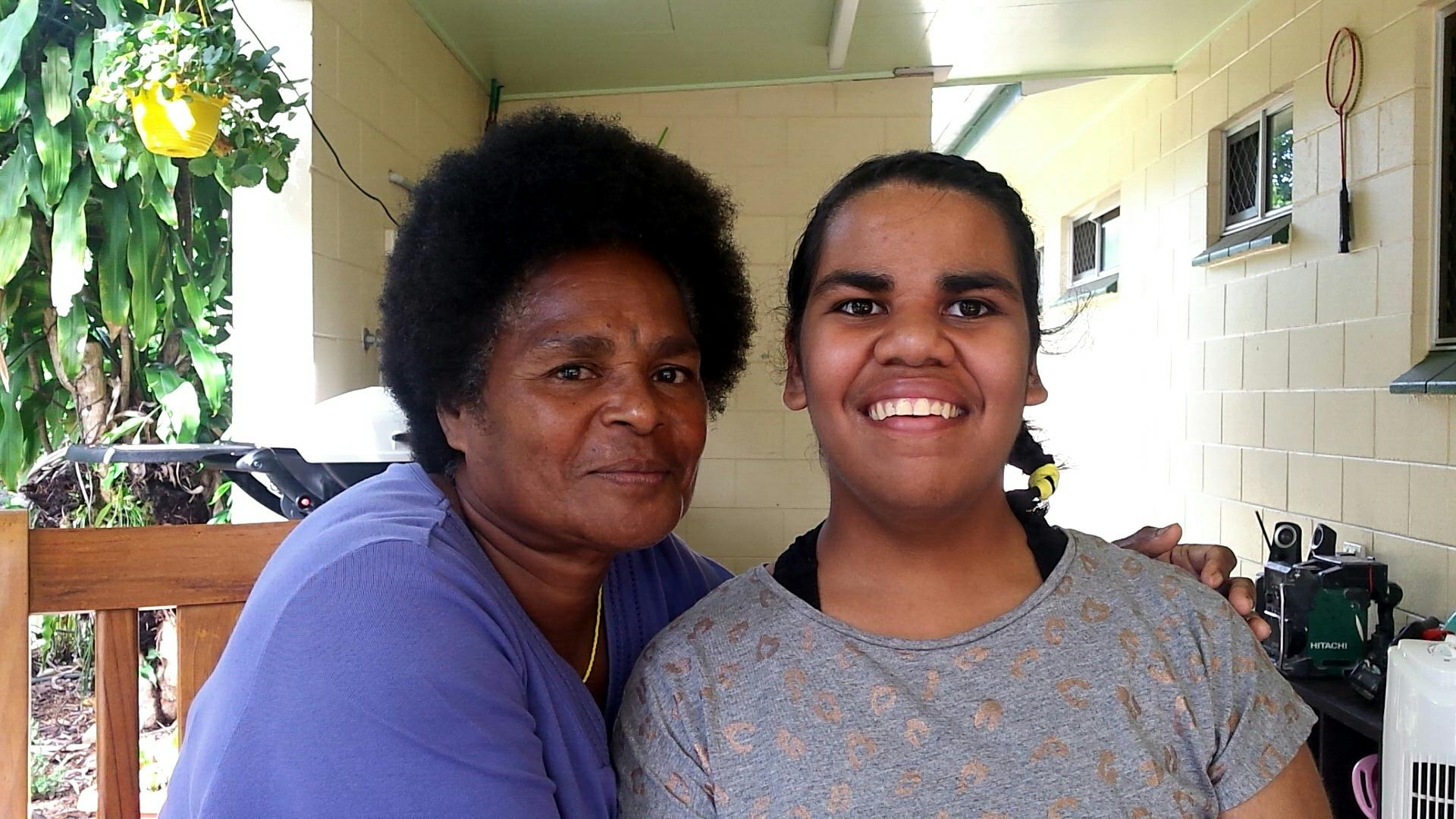 Former nurse and foster carer, Susanna Harrison of Far North Queensland has been named the Continence Foundation’s 2018 Carer of the Year.

Born in Papua New Guinea, Susanna raised eight of her own children and eight grandchildren as well as opening her heart and home as a foster mother and carer to a three-year-old girl with profound physical and intellectual disabilities.

“I was born into a large family of eight siblings and my parents also adopted two of my cousins after their parents passed away. They also took in other nieces and nephews over the years which is the way it is done in Papua New Guinea,” said Susanna.

Before migrating to Cairns with her family, Susanna worked as a nurse. On weekends, she used to take her children to the hospital bringing the patients fresh fruit and vegetables from her home garden.

In Cairns in 2002, Susanna spoke to a woman who works for Child Safety who told her about a three-year-old Aboriginal girl who had spent her young life in a hospital on the Atherton Tablelands. They didn’t think she had long to live.

“I used to love nursing. I loved putting my heart into helping others. When I met Rhonda, I just fell in love with her. I said ‘come to Mama’ and she came straight to me. The doctor said I shouldn’t get too attached but how could I not. From the time we took her in, she became part of the family,” said Susanna.

That was 15 years ago. Rhonda's health issues significantly impact her continence, mobility and communication. She also suffers seizures although Susanna said they are becoming less frequent.

Today, Rhonda is a happy teenager in her final year of high school thanks to the love and nurturing Susanna and her family have provided. Susanna has also previously arranged for Rhonda’s two sisters to stay with them during school holidays along with her own grandchildren.

There are over 2.8 million at-home carers looking after the most vulnerable in our society, including approximately 540,000 who provide daily continence care.

CEO of the Continence Foundation of Australia, Rowan Cockerell, said that the Award this year acknowledges the outstanding work of a generous, gentle woman who has dedicated her life to caring for others.

“Susanna is the embodiment of an ‘unsung hero’, a woman who has opened her heart and home to provide invaluable quality of life and dignity to others. Carers like Susanna also provide an immense economic benefit to our country. The replacement value of unpaid care provided is estimated at over $1 billion per week,” said Mrs Cockerell.