The downside of sit-ups 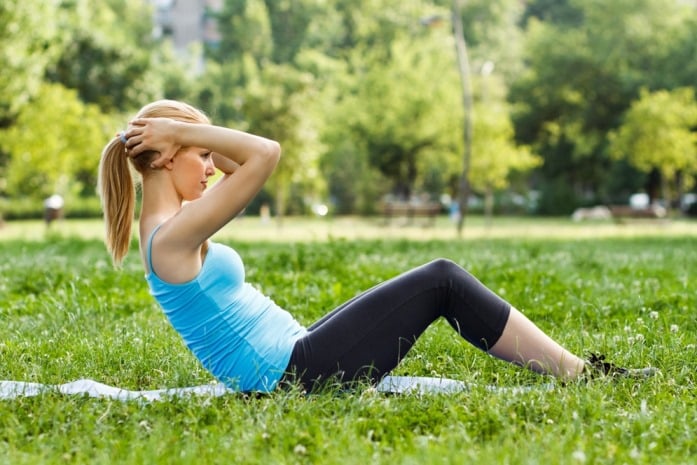 A recent study by Curtin University’s School of Physiotherapy and Exercise Science found that sit-ups could be bad for the pelvic floor.

The researchers used ultrasound to assess the impact sit-ups had on the women’s bladders and pelvic floors, as well as the women's ability to effectively exercise their pelvic floor muscles.

The study found that sit-ups increased the strain on each participant’s pelvic floor, and that about one quarter of the participants were doing their pelvic floor exercises incorrectly.

Researchers found that pelvic floor strain was worse in women who had had children, with 76 per cent of this group reporting they regularly experienced stress urinary incontinence (compared to 60 per cent of the whole group), most commonly triggered by exercise.

The study’s most significant finding – that all the women involved in the study experienced “bladder-base depression on abdominal curl” - demonstrated that sit-ups were potentially harmful to women who exercised, researchers said.

“In symptomatic women or those at risk of pelvic floor dysfunction (women who had had a baby or gynaecological surgery), it would seem appropriate to recommend that they not participate in abdominal curl activities in order to minimise the risk of further pelvic floor muscle strain and incontinence,” researchers warned.

Interestingly, these behavioural strategies were also adopted by the women who did not report incontinence, leading researchers to conclude that such avoidance habits “not only indicate that the prevalence of SUI (stress urinary incontinence) may in fact be higher than reported in this group, but also highlights that a proportion of women may unknowingly be participating in inappropriate exercise that is placing strain on their vulnerable pelvic floor”.