2016 a productive year at the Continence Foundation 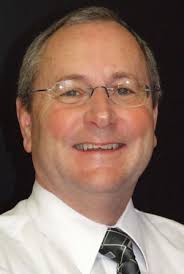 2016 has been another productive and positive year, with the organisation continuing to extend its reach among the Australian population and members of the continence and wider health community.

A key focus this year has been on increasing the accessibility of the Foundation's resources and services for people living with disability and/or low literacy. This has resulted in a number of initiatives, such as assistive technology for accessing our website, and the creation of Easy English fact sheets. These fact sheets have been very well recieved, with continence health professionals finding them excellent resources, for not only people with low literacy, but for many other of their other clients as well.

At the end of this year, Barry Cahill, the Continence Foundation's CEO from 2002 to 2015, will retire. Barry has overseen enormous progress since his appointment as CEO in 2002, when there were just three other staff members and a pool of four National Continence Helpline nurses. Now, the Foundation can boast a staff of more than 20 nationally, including a pool of 11 Helpline nurses..

Some of the other developments Barry has overseen during his tenure include the introduction of state-based health promotion officers, the establishment of the Australian Bladder Foundation research grants and the annual national conference on incontinence, which is the largest continence education event in Australia, attracting national and international speakers across multiple disciplines.

After a short break over the festive season, the organisation will be back on board on January 3, under the leadership of Rowan Cockerell who took over from Barry at the start of 2016.

There are many great projects in the pipeline, and we all look forward to 2017, which promises to be another exciting year at the Continence Foundation of Australia.