1 in 3 netballers are incontinent

An award-winning research paper sponsored by the Continence Foundation of Australia, and presented at the 26th National Conference on Incontinence, has found that 30 percent of women netballers experience urinary incontinence while playing Australia’s most popular team sport for women.

Netball is played by over 20 million people worldwide. Netball Australia said that in 2016, there were 486,003 players in Australia.

Women’s health and continence physiotherapist, Naomi Gill presented the paper, The prevalence of urinary incontinence in adult netball players in South Australia, with findings that one third of all players, and half of those who have had children, experience urine leakage during training or playing of the game. 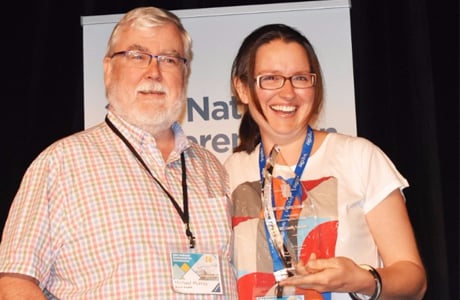 Continence Foundation of Australia CEO, Rowan Cockerell, said she was delighted that Miss Gill’s research was voted Best Paper Prize at the Conference and awarded the inaugural Barry Cahill Travel Scholarship to present her findings on the world stage.

“This is an important study that has already made a great contribution to the lives of women netballers living with incontinence, and we hope it will encourage others with the condition to shake the stigma and seek help that will enable them to live confident, continent lives,” she said.

In her paper, Ms Gill said an association between high impact sport and urinary incontinence (UI) had been well been documented, with sports involving running and jumping reporting higher prevalence of incontinence.

But added, “The majority of studies have included predominantly athletes who had not had children, with limited data of urinary incontinence in women who have had children, who are involved in high impact sports.  Netball is a fast-paced high impact sport involving running, jumping and quick directional changes with repeated accelerations and decelerations which can stimulate urinary leakage,” said Ms Gill.

The research study was conducted in the South Australian Limestone region where Ms Gill , a non-netballer, moved to after studying for her masters degree in Bradford UK.

“When we moved to Australia it was obvious that netball is a very important part of the sporting and social scene for women. I had patients reporting urinary incontinence during netball, but when I looked, I found there was no data out there as to how prevalent it is.  I found this strange as netball is the most popular team sport undertaken by women in Australia with more than 560,000 women participating in the sport each year.  Until now, there was always a perception that it happens, but there has been no actual real research into how prevalent it is,” she said.

Ms Gill’s said she was not surprised by the findings, but concerned by the fact that of those experiencing incontinence during netball, only 8 percent had disclosed their condition to health professional.

“This means that 82 percent of netballers are not seeking assistance from a health professional who can help them manage or cure their condition.  This is particularly concerning considering incontinence has been given a reason women stop participating in exercise.” 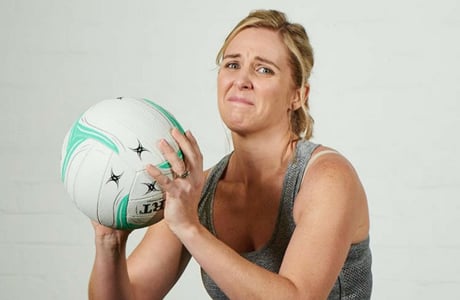 Mrs Cockerell said that while continence products enable women to get on with their game, avoiding specialist assistance could have a lifelong impact.

“Incontinence won’t get better on its own. Seeking advice from a health professional is the first step to recovery and most cases can be better managed or even cured. Unfortunately, research shows the majority do not seek help,” she said.

“Health professionals like Naomi make an invaluable contribution to the lives of Australians living with incontinence, and we wish her all the best for what is shaping up to be a brilliant career,” she said.

Ms Gill said she hopes her findings help all people living with incontinence realise that they are not alone and there is no shame in seeking help.

“Incontinence is common, but not normal.  By taking action today, many of the 5 million people living with incontinence can score many health goals and enjoy more confidence on and off the court. We want to help women stay dry while playing the sport they love and provide women with information on how to safely return to high impact sport after childbirth,” she said.

Ms Gill hopes the study will also encourage the exploration into appropriate rehabilitation for women returning to sport after having babies.

“As a profession we need to be looking at what information and guidelines are available for how to safely return to sport after having babies to reduce the risk of prolapse and urinary incontinence, and generally how to properly rehabilitate your body after pregnancy,” she said.

People with bladder or bowel health concerns can freecall the National Continence Helpline on 1800 33 00 66 for a confidential conversation with a continence nurse or visit continence.org.au